My Ngai Tai connection comes back to Ngāti Pūkeko and Ngāti Awa. A lot of our whānau were passing away from cancers. Our whānau knew this was directly linked to chemicals in the whenua from the Whakatāne sawmills. These chemicals were discharged into local waterways from which our whānau harvested watercress, pipi, tuna, and in which we swam and fished. My research found a direct and indirect intergenerational connection – grandfather, father, son, children, mokopuna, mokopuna tuarua, wives, all exposed in some way.

This research supports the bio-remediation of the Kopeopeo canal. I’m hoping it will also support the review of the ACC Act 2001. A very small percentage of our whānau have been compensated.

This is an important kaupapa, not only for our whānau and hapū but nationally and globally. I specifically looked at exposure to dioxin and multiple chemicals. Agent Orange is the same as dioxin.

This opened up my eyes to how poisoned our environment is. I was shocked to discover something this big. I live in Whakatāne on a contaminated site, my neighbours are all exposed too. Sawmill waste was dumped on 36 sites in Whakatāne. Contaminated sawdust was brought home to our gardens and marae. This happened all over New Zealand. At the peak of the industry there were 900 sawmills. Toxic chemicals were used for preserving the timber. In those days, Health and Safety was nothing – people used their bare hands when handling these chemicals, they covered your whole body. We are still seeing people suffering chronic symptoms even 20-30 years later.

Completing my Masters took three years, while I was working fulltime and bringing up a teenage family. I was fortunate to have good guidance from two people in particular – my koroua Joseph Harawira MBE, and Kereama Akuhata, both former sawmill workers. What kept me going was how important the kaupapa was – because of that it was never a problem to keep moving forward.

Graduating was overwhelming and a very proud moment ... very proud to be a voice for the people in such a big issue, for the sawmill workers, for Māori and other New Zealanders who have also been affected around the country. 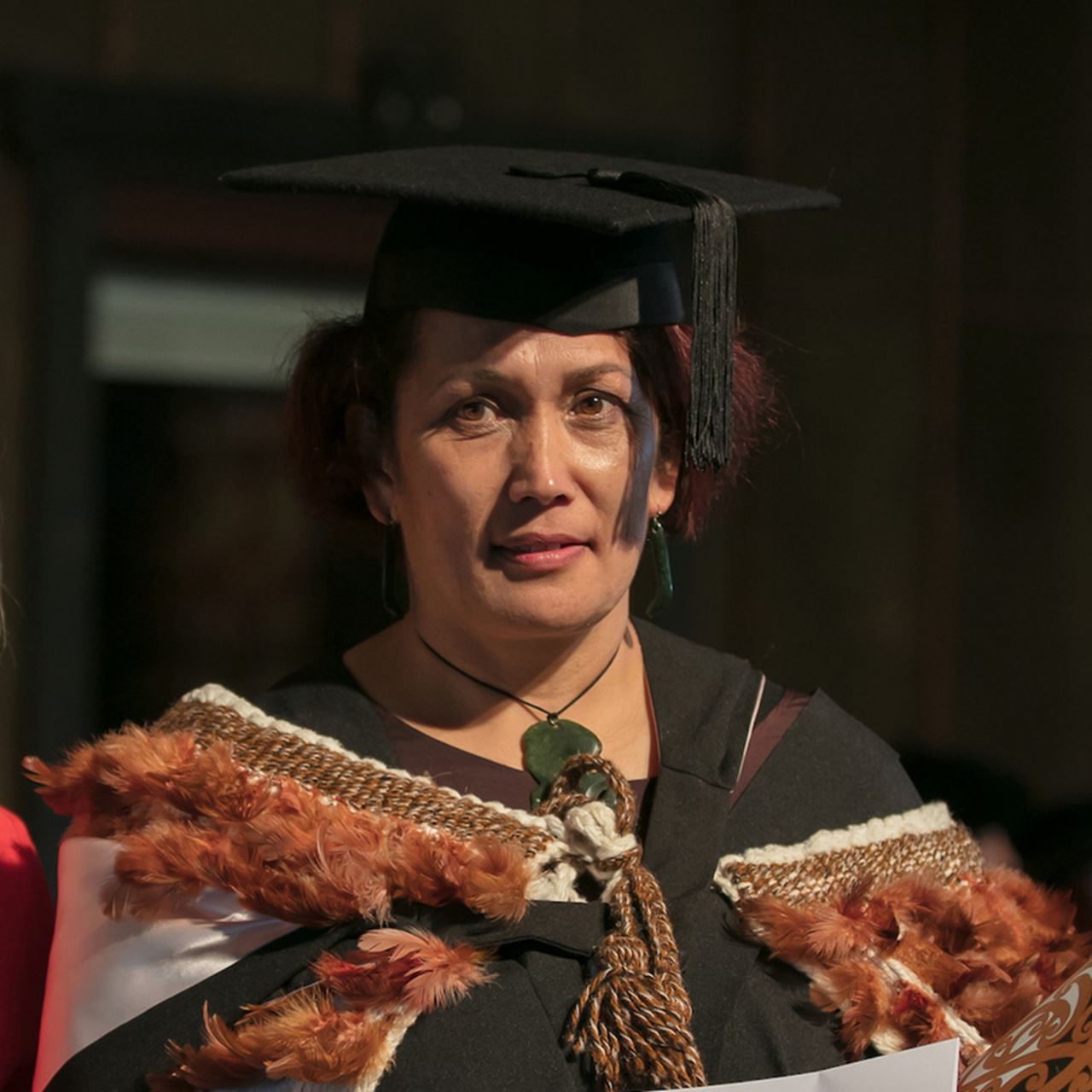 Te Reinga Chase at her graduation in 2017

What can you study?

The master’s degrees provide a friendly and supportive learning environment for students through the (mostly) noho delivery model. After completing a minimum of four papers either part time or full time, students opt for either a dissertation or thesis. This is the exciting time in a master’s degree where students are often completing research on a topic close to their hearts – it might be to do with their hapū or iwi; the school they teach in; or a social service, health or community problem. Alternatively, your thesis might be about a business, economic, art or environmental interest.